Did I mention that ObamaCare guru Jonathan Gruber is not just a garden variety liar. He’s a ‘Liar, liar, pants en fuego‘ liar?

Well, yes. He’s the kind of liar where when he lies kittens and puppies at the rescue shelter existing in cramped, unsanitary wire cages don’t go home to a loving family.

Gruber’s that kind of liar. The kind of liar who lies to you for your own good, because you’re an ignorant slack-jawed yokel, don’cha know.

You know the funny thing about the Democrats? They aren’t mad at all at Gruber for being a lower than whale sh_t liar and deceiver – no, they’re 100% A.O.K. with that. Gotta break some eggs to make an omelet, y’see. ‘Progress’, and all that.

Heck, Barack Obama himself got the ‘Lie of The Year’ in 2013 for his “If you like your doctor/plan, you can keep them. Period” lie (poor kittens and puppies).

No, Democrats are mad at ObamaCare architect Gruber because he told the truth. The truth that ObamaCare was built on a foundation of deception, obfuscation, and rhetorical sleight of hand. All for our own good, of course.

Did I mention that ObamaCare architect Jonathan Gruber is a liar? 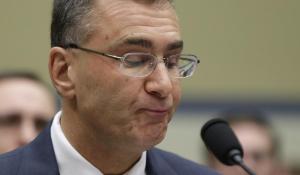