While ObamaCare Collapses Under Its Own Weight, The People Groan

Case in point: ObamaCare. The reader is encouraged to read this piece from Avik Roy detailing the latest on ObamaCare — basically, ObamaCare is collapsing on itself, as Roy and others predicted it would when it was, ahem, ‘passed’ in Congress in 2010.

Jammed through Congress like a piece of rotten pork through a meat grinder more filthy than any imagined in an Upton Sinclair novel, then-House Speaker Nancy Pelosi and then-Senate Majority Leader Harry Reid, at times literally in the dead of night through legislative sleight of hand, procedural trickery, back-room agreements, and raw power politics, shoved ObamaCare down the American people’s throats on a party-line vote (zero Republicans voted for it).

And were my liberal friends happy — jubilant, even. ObamaCare made them feel good.

Who can forget President Obama repeatedly promising the American people that a family could look forward to seeing their health care premiums dropping by as much as $2,500.00 a year?

For that whopper, along with promising people that if they liked their doctor/health plan they can keep it, “period”, Obama was awarded Politifact’s ‘Lie of the Year’. 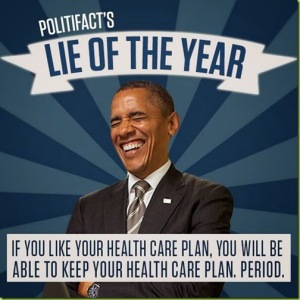 Now here we are in October 2015, with skyrocketing premiums and deductibles, along with constricted choices of doctors, hospitals, and medications — *all* a direct result of ObamaCare.

Think about it: Obama and his allies/followers confidently assured the American people that ObamaCare would succeed in “bending down the cost curve” on already expensive doctors, hospitals, and medication while — get this — adding the cost of a bloated, centralized, government bureaucracy to the existing cost of doctors, hospitals, and medication! 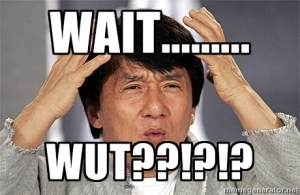 Ray Charles could have seen how absurd and ridiculous this is, but not our president in search of his presidential ‘legacy’, and not his followers who just wanted to feel good.

It’s time to stop forming and enacting policies based on what makes some feel good and go with what actually works. Good intentions and wanting to feel good are not enough when it comes to allocating scarce resources to the best good and needs of the greatest number of people.

This country needs to go to a patient-centered health care delivery system that removes the unwelcome input of some far away, ignorant, box-checking bureaucrat who is more concerned about cutting costs (a form of reallocating smaller pieces from a shrinking pie) than what the caregiver believes will lead to the best healthcare outcomes of his/her patients at the least cost.

We need to go to a patient-centered health care delivery system that provides greater choices for patients that’s made possible through the freedom, innovation, and competition that results in increased choices and higher quality while keeping costs competitive.

Republicans have a golden opportunity to propose serious programs to do just this in the presidential election season. Whether they’re able to come together as a party and do so is another question. Even more questionable is if individual Democrats will be able to loosen their white-knuckle death grip on ObamaCare and work with Republicans to fashion patient-centered health care. There may be more hope for this after Obama leaves office.

This we know: ObamaCare is a disaster that is collapsing under its own weight. It is an unsustainable scheme involving a bloated, centralized, inefficient government bureaucracy in league with fewer and larger health insurance corporations. If you are a government bureaucrat, you are reveling in how much control you have over your fellow man. If you are the CEO of United Health Care or Kaiser Foundation, you are lighting Cohiba Behike’s with $100 dollar bills.

But if you are a doctor or a patient, you’re getting the shaft from ObamaCare.

I don’t doubt my liberal friend’s good intentions regarding ObamaCare. It made them feel good. They apparently don’t know much about basic economics, but Obama assured them in the most glowing terms that ObamaCare would be the greatest thing since hospital food, and they swallowed it — hook, line, and sinker.

Would it be too much to ask my liberal friends to, instead of asking themselves, ‘will it feel good?’ to ask, at least occasionally, ‘will it do good?’.